I just needed a minute.

Nothing was wrong. Everything was fine.

Maybe that’s it though. Everything was just fine.

It was an ordinary day just like the rest of them. Olivia and I had gotten up in the morning. We played. We ate breakfast. She made a colossal mess as per usual. I cleaned it up.

I put her down for her morning nap and decided to catch some shut eye as well – because, well, why not?

I had my day planned out. (Side note to all of the new moms out there – our plans RARELY go according to plan when it comes to motherhood. This is the point in my story where any woman who’s been a mom for longer than 5 minutes knows it’s about to go downhill.) We’d both nap for 2 hours, get up at 11, play some more. Eat lunch. Clean up another mess. Play a little longer. Then it would be time for her afternoon nap and I would be able to spend some time catching up on things (showering, keeping up with my daily bible study plan, etc.).

So I put her down at 1 pm and I waited. Then I found myself still waiting. Waiting for her to settle into peaceful silence as her body gave into the much needed rest her tiny self needed.

But she didn’t. An hour went by and she was still fighting rest.

I tried everything my mama heart could think of.

I even rocked her for 30 minutes in her room to help her settle (it’s been over a month since we’ve rocked her to sleep).

So there goes that afternoon nap. It’s not very often that she’ll skip a nap (least of all her afternoon nap) but every once in a while she does and it throws off both of our days.

And there I was. Wet hair and still waiting to crack open my bible. Tired and mentally exhausted already but she needed me. She needed attention and love and play. She needed to eat again which meant another mess.

I eventually put her in the bathtub just for the heck of it to pass some time and give her something enjoyable to do. Friends – I didn’t even wash her hair or her body because I just needed a minute.

Really, I needed a few minutes to mentally check out and not be Mom.

And I think if we’re all honest we each find ourselves in that spot every once in a while. You know that spot I’m talking about – the one you overlook as just a regular neglected part of your house but for a few minutes on certain days it becomes your place to collect yourself and maybe even find yourself again. Sure, it changes day to day. Sometimes (like on this day) it’s that somehow seemingly now cozy cold tile floor of our bathrooms where we press into the wall with our backs and just breathe out the exhaustion of parenting for a few minutes while our children play in the bathtub.

It’s not that anything that happened this day was overly draining or complicated. Perhaps that’s the tricky thing about the mundane everyday life. The lack of change can not only leave us feeling uninspired at times but it also makes our feelings of exhaustion and frustration seem out of place. After all, didn’t I plead with God 2 years ago for these exact moments? Didn’t I ask for the mundane when I cried out to Him for a baby? I remember craving the long sleepless nights and the greasy hair that hasn’t seen shampoo in days – possibly even weeks. Because those less than glamorous things mean that I’ve been gifted with the life of a child. They are the very trademarks of motherhood that I longed for.

The truth is, yes, I did plead for the exhaustion that comes with motherhood. There was a day (actually several days over the span of many many months) where I would have traded anything for the badges of motherhood like public blowouts when you forgot to pack extra clothes or 2 am feedings when your baby just wants to eat and be rocked and you’re mustering up every last ounce of energy you have to be there for your baby, let alone for yourself. But the reality of what that exhaustion looks and feels like is so much different than I had somehow glamorized it to be.

I don’t think I was wrong to want it 2 years ago when I became a childless mother but I also don’t feel guilty for admitting that sometimes the mundane just gets the best of me. Some days I’m running on empty with 5 hours left before my husband gets home from work and wondering how on earth I’m going to survive.

And on days like this (which happen far more frequently than I care to admit), I trade in my hopes and dreams of being the perfect mom whose children never watch TV because I have all of the energy in the world to play with them. Yes, on days like this I trade in that fictional woman for the reality of what motherhood really is. It IS the mundane. It IS the everyday nitty gritty moments that sometimes make you want to pull your hair out (assuming your toddler hasn’t done it for you by now). It IS TV time for the sake of everyone’s sanity.

Motherhood is beautiful – incredibly beautiful – but it’s also incredibly hard. It pushes us to end of our ropes and breaks us at times. It leaves us feeling completely inadequate moments after we’ve finally felt like we’ve got the hang of this “mom thing”.

On days like this, I accept that I am a mom. The good. The bad. The raw. The mundane.

And I will wear that title with pride – but I will also take a nap at 5:23 pm when my husband comes home to relieve me of being a mom for a little bit. I’ll leave the yogurt covered highchair in the hallway and soak in the few minutes of alone time I’ve had since the morning.

And tomorrow I’ll get up and do it all over again because this is what I signed up for and, as exhausting as it can be, I love being a mom.

2 thoughts on “Surviving Until Bedtime” 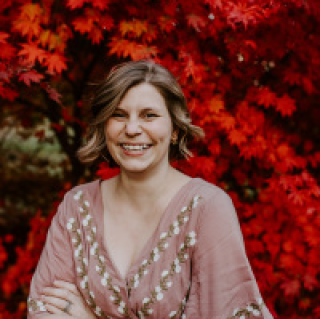